The most important game in Galatasaray’s title race

Home / News / The most important game in Galatasaray’s title race 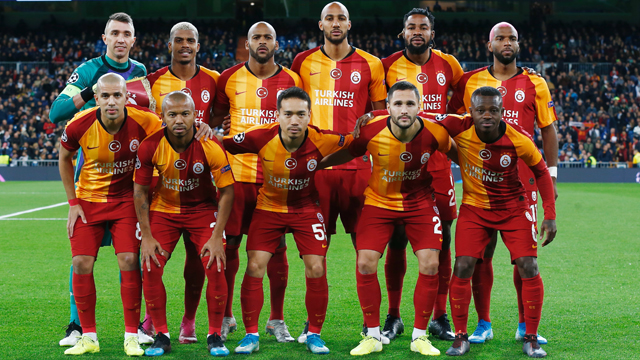 As we enter the third week of the last eight weeks of the Süper Lig, the most crucial game in this quasi-tournament has arrived. The Süper Lig’s leader İstanbul Başakşehir will host Galatasaray, whose championship hopes cannot survive a defeat. Başakşehir enters this week with 59 points and Galatasaray follows the leader eight points behind, which means a potential Başakşehir win will widen the gap to eleven points with five games to go. Thus, the pressure will be on Galatasaray’s side, as Başakşehir would be happy with a draw.

However, Galatasaray’s needs and abilities are not yet aligned in the 29th week of the season. The loss of critical players like goalkeeper Fernando Muslera and center back Marcao has hit the defensive performance hard. Galatasaray conceded only five goals in nine games in the Süper Lig between January and March, but it has already conceded that number in the last two games in June.

Galatasaray has become a team that easily gives away opportunities to its opponents, mainly because the team is no longer moving as a whole in space. After two months of individual training or no training at all, Galatasaray has seemingly lost its collective action patterns. This affects both offense and defense, but since Galatasaray’s squad quality is worse on the defensive side, it is harder to cover for this with individual quality. Players give more time and space to their opponents, which is what counterattacking teams need the most.

In their last game against Gaziantep FK, Galatasaray manager Fatih Terim tried a different strategy to compensate defensive problems. He positioned Younes Belhanda right next to Jean Michael Seri, where Mario Lemina normally plays. This caused additional problems in defense as the Algerian offensive midfielder does not have the basic defensive skills. Although the team had numerous opportunities and scored three goals, they also conceded three goals and lost crucial two points. Apparently focusing on scoring more than conceding less has not offered the remedy to defensive problems.

Unfortunately for Terim, Başakşehir is one of the most dangerous in the league when it comes to transitioning from defense to offense. Although center back Ryan Donk’s and defensive midfielder Mario Lemina’s return to their original positions against Başakşehir will be an advantage for Galatasaray, it might not be enough. Başakşehir’s transition game shines against attacking, proactive opponents, just like how Galatasaray played against Gaziantep FK. They usually have troubles against teams like themselves, who play more reactively and leave less space for their opponents. That is why this week Başakşehir had serious problems against purely counterattacking Ankaragücü, who is at the bottom of the league. Therefore, there is no doubt that Galatasaray needs a unique approach against Başakşehir, as almost all parameters are in favor of the league leaders. Terim needs to prove his tactical expertise once again if he wants his team to stay in the championship race. If they can win, another victory against Trabzonspor just a week after might bring them back to the top. Nevertheless, if Galatasaray cannot win this game, it would be safe to cross the club off the list for the title race.